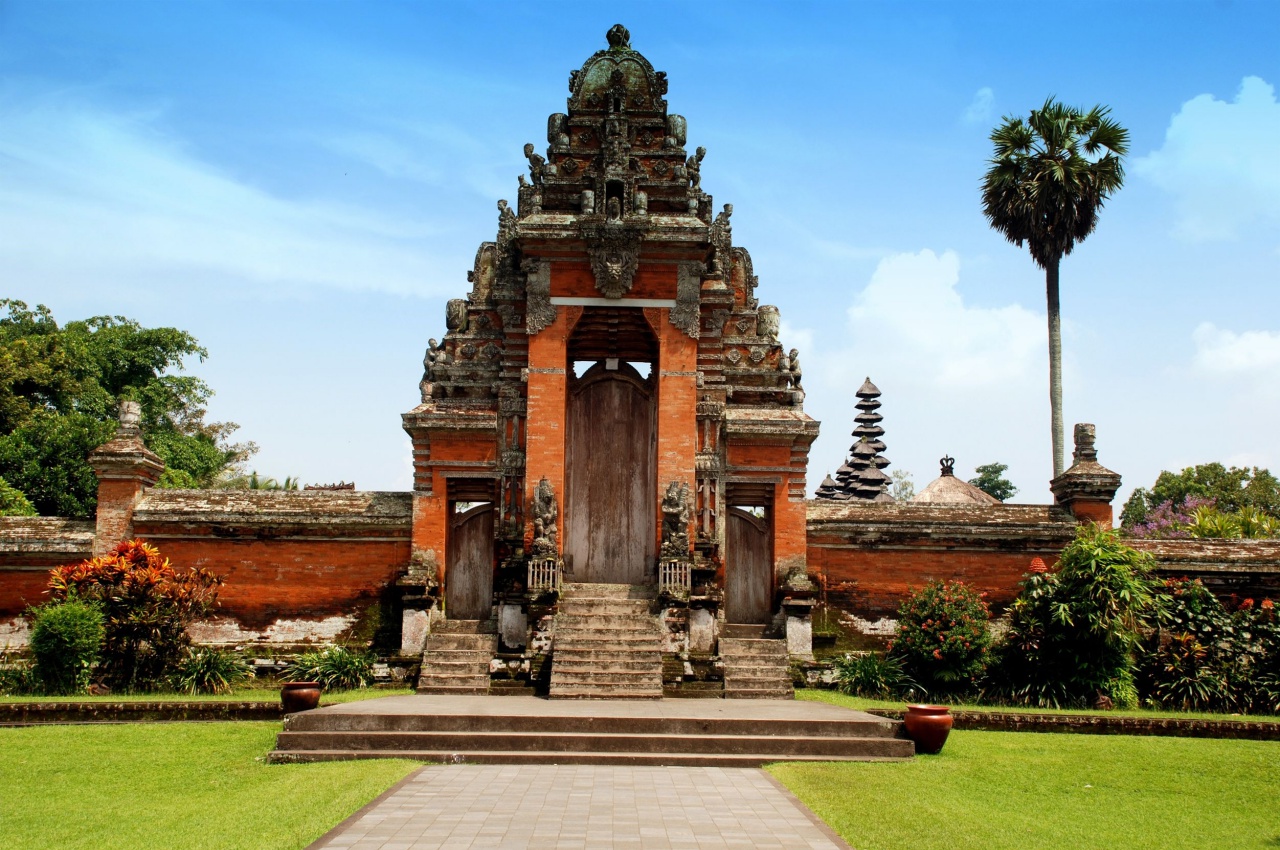 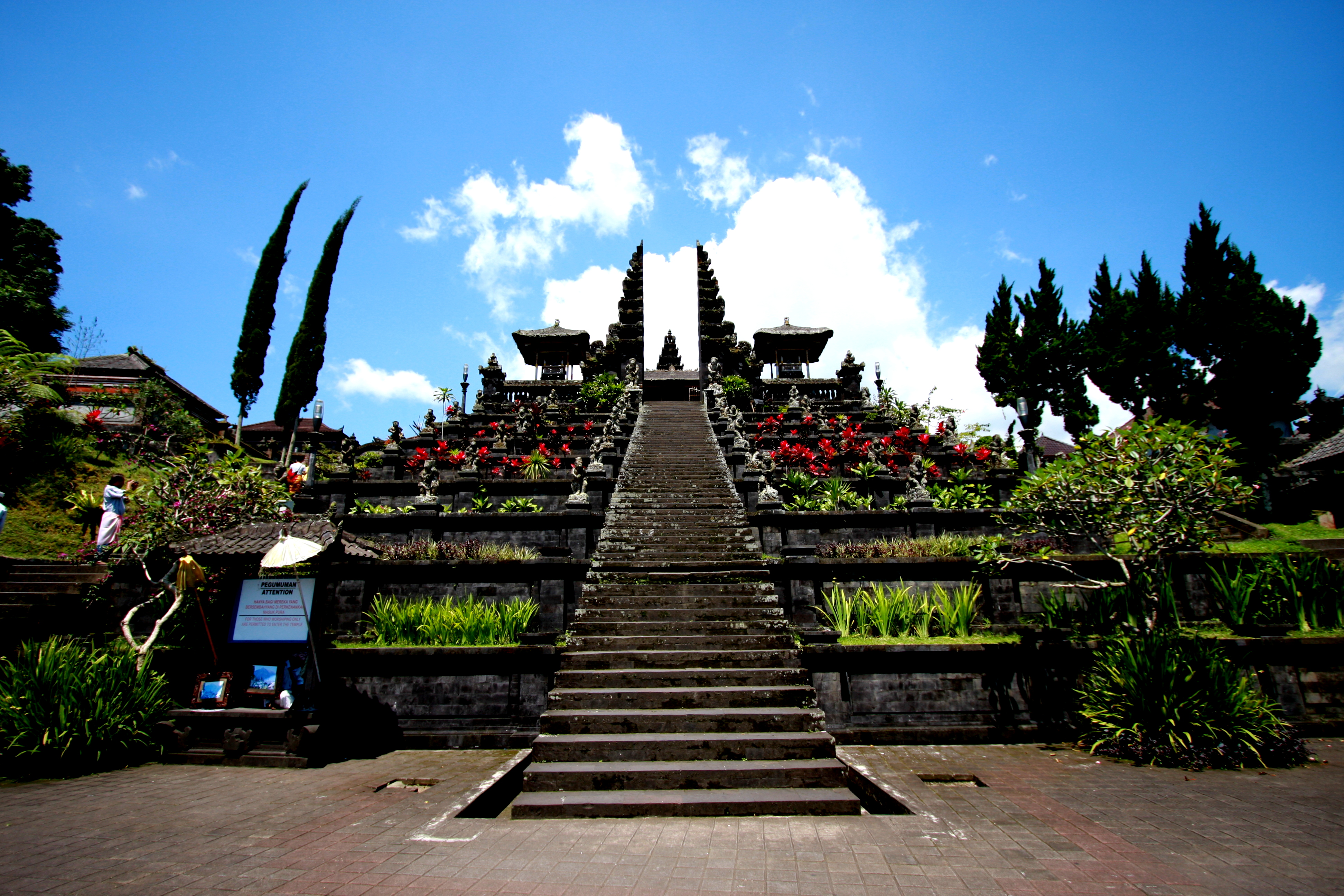 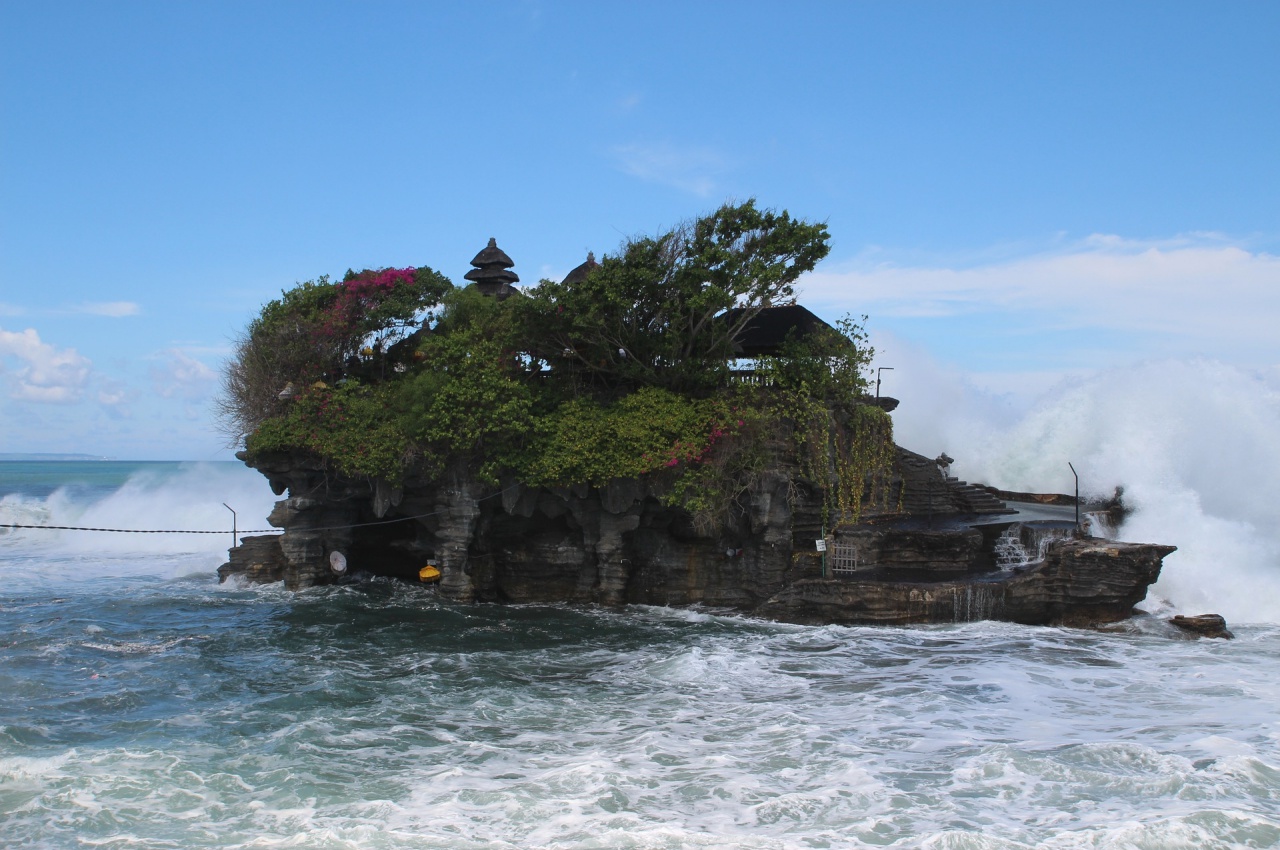 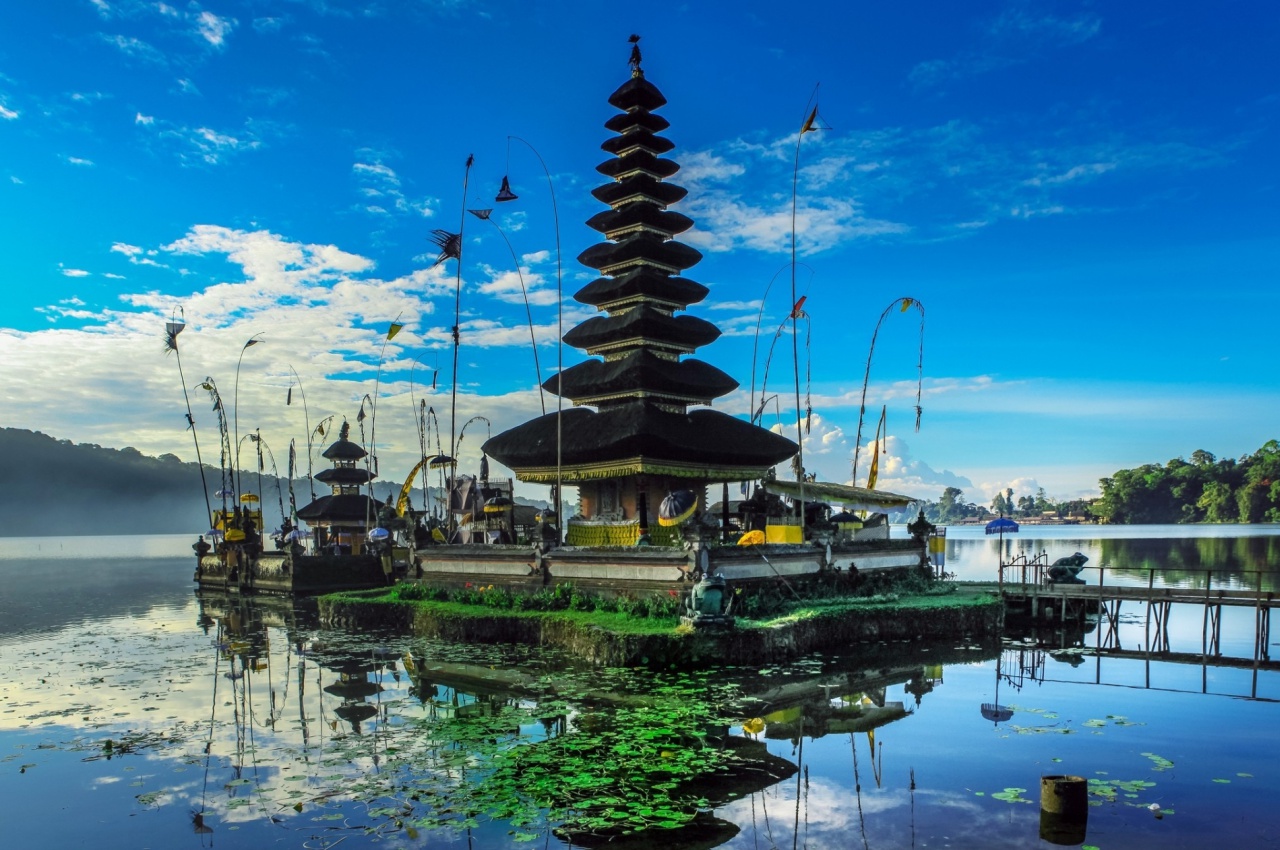 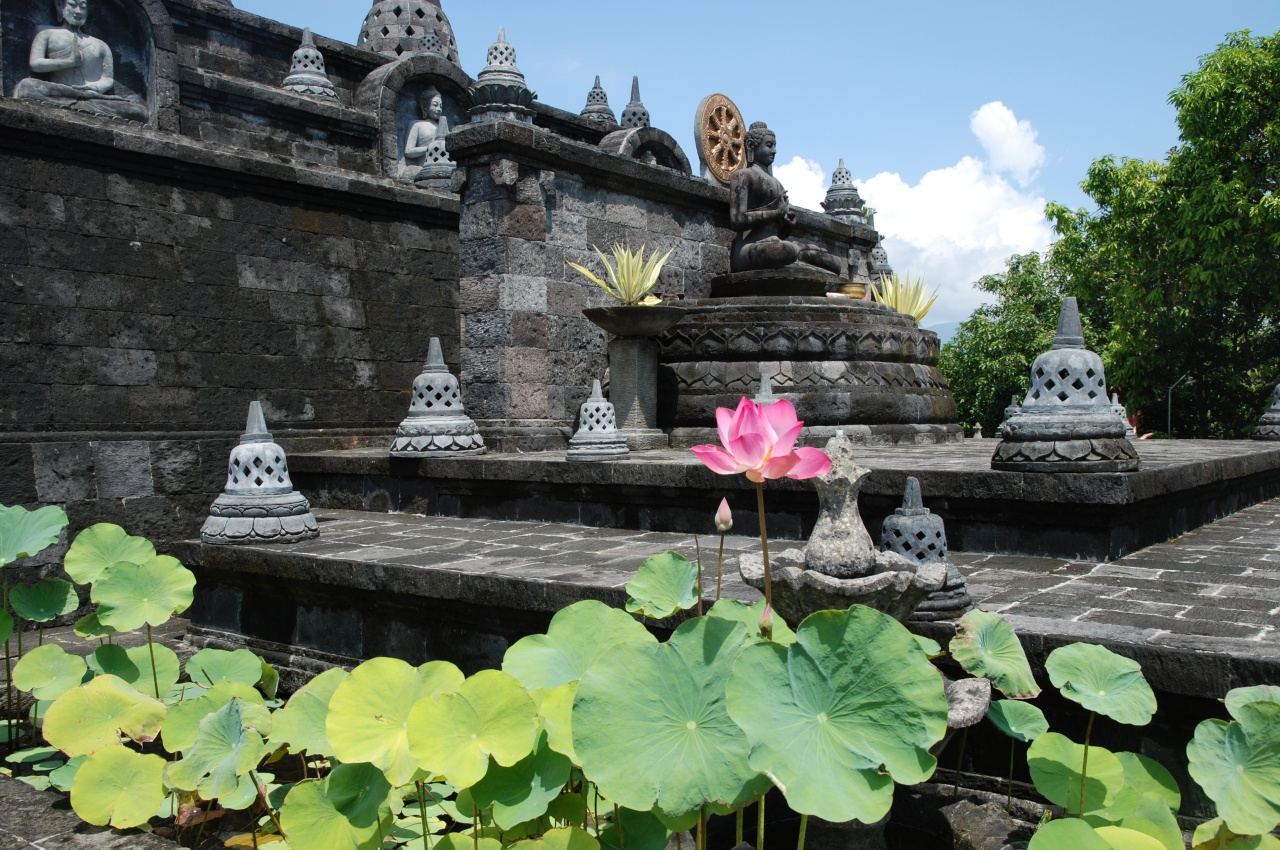 The Balinese people are very religious and they believe in the Bali Hinduism. They see their island as a world of gods and demons. A quarter of the earnings goes to the worship of ancestors and gods. In each house you will find a sacrifice and 3 temples in each village; The Pura Desa (village temple), Pura Puseh (temple for the founder of the village) and Pura Dalem (temple for the deceased).

Here’s a list of temples who are worth visiting.

Pura Besakih
Pura Besakih is a temple complex in the village of Besakih on the slopes of Mount Agung in eastern Bali, Indonesia. It is the most important, the largest and holiest temple of Hindu religion in Bali and one of a series of Balinese temples. Perched nearly 1000 meters up the side of Gunung Agung, it is an extensive complex of 23 separate but related temples with the largest and most important being Pura Penataran Agung. The temple is built on six levels, terraced up the slope. The entrance is marked by a candi bentar (split gateway), and beyond it the Kori Agung is the gateway to the second courtyard.

Tanah Lot
Tanah Lot temple is a sea temple lying on a rock near shore. It is the most famous temple and famous sightseeing of Bali. This temple is part of a series of temples along the southern coast of Bali. Tanah Lot means “Land in the middle of the sea” or “Sunset Temple” and is dedicated to the patron saints of the sea. The Tanah Lot temple itself is protected according to the legends by sea snakes that are in the caves under the temple. The story goes that one night had brought the Nirartha priest in the fifteenth century on the rock and inspired him to build a temple.

Tirta Empul
Tirta Empul temple is a Hindu Balinese water temple located near the town of Tampaksiring, Bali, Indonesia. The temple compound consists of a petirtaan or bathing structure, famous for its holy spring water, where Balinese Hindus go to for ritual purification. The temple pond has a spring which gives out fresh water regularly, which Balinese Hindus consider to be holy. Tirta Empul means Holy Spring in Balinese.

Pura Ulun Danu Bratan
Pura Ulun Danu Bratan, or Pura Bratan, is a major Shivaite and water temple on Bali, Indonesia. The temple complex is located on the shores of Lake Bratan in the mountains near Bedugul. Water temples serve the entire region in the outflow area; downstream there are many smaller water temples that are specific to each irrigation association (subak). Built in 1633, this temple is used for offerings ceremony to the Balinese water, lake and river goddess Dewi Danu, due to the importance of Lake Bratan as a main source of irrigation in central Bali.

Brahma Arama Vihara
Brahma Vihara Aram, located only a few kilometers away from the villa, is the only Buddhist monastery in Bali and definitely worth a visit. Also called the small Borobudur. The monastery was built in 1970 and offers a magnificent view over the land and sea of North Bali.